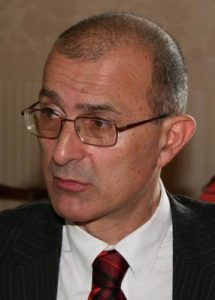 This presentation analyses the essence of DataFlow SuperComputing, defines its advantages and sheds light on the related programming model. DataFlow computers, compared to ControlFlow computers, offer speedups of 20 to 200 (even 2000 for some loops-intensive applications), power reductions of about 20, and size reductions of also about 20. However, the programming paradigm is different, and has to be mastered. The talk explains the paradigm, using Maxeler as an example, and sheds light on the ongoing research, which, in the case of the speaker, was highly influenced by four different Nobel Laureates: (a) from Richard Feynman it was learned that future computing paradigms will be successful only if the amount of data communications is minimized; (b) from Ilya Prigogine it was learned that the entropy of a computing system would be minimized if spatial and temporal data get decoupled; (c) from Daniel Kahneman it was learned that the system software should offer options related to approximate computing; and (d) from Andre Geim it was learned that the system software should be able to trade between latency and precision.

Prof. Veljko Milutinovic received his PhD from the University of Belgrade, spent about a decade on various faculty positions in the USA (mostly at Purdue University), and was a co-designer of the DARPAs first GaAs RISC microprocessor. Later, for almost 3 decades, he taught and conducted research at the University of Belgrade, in EE, MATH, BA, and PHYS/CHEM. Now he serves as the Chairman of the Board for the Maxeler operation in Belgrade, Serbia. His research is mostly in data-mining algorithms and data-flow computing, with the emphasis on mapping of data analytics algorithms onto fast energy efficient architectures. For 7 of his books, forewords were written by 7 different Nobel Laureates with whom he cooperated on his past industry sponsored projects. He has over 40 IEEE journal papers, over 40 papers in other SCI journals (4 in ACM journals), over 400 Thomson-Reuters citations, and about 4000 Google Scholar citations. Short courses on the subject he delivered so far in a number of universities worldwide: MIT, Harvard, Boston, NEU, Columbia, NYU, Princeton, Temple, Purdue, IU, UIUC, Michigan, EPFL, ETH, Karlsruhe, Heidelberg, Napoli, Salerno, Siena, Pisa, etc. Also at the World Bank in Washington DC, Brookhaven National Laboratory, IBM TJ Watson, Yahoo NY, ABB Zurich, Oracle Zurich, etc.